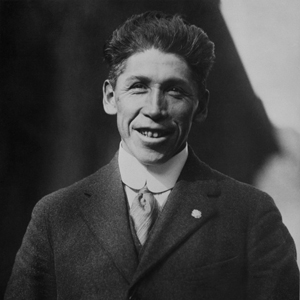 In the early 20th century, no spectator sport captivated the world like long distance running. And no runner captured the hearts of Canadians like a Six Nations Indigenous man by the name of Cogwagee in the Onondaga language, or Tom Longboat in English. From his victory at the 1907 Boston Marathon, where he shattered the previous world record by five minutes, to his death-defying service in the First World War, he lived an extraordinary life.

Reader Review: “A Girl is A Body of Water”