The tariffs are the latest clash in a 15-year battle between the US and EU over illegal subsidies for Airbus and US rival Boeing, after the World Trade Organisation (WTO), gave Washington the green light to impose the tariffs as punishment for illegal EU aircraft subsidies.

(BookBrowse note–this round of tariffs seems particularly futile given that the WTO is currently reviewing the counter case of the U.S.’s illegal subsidies of Boeing, and is expected to announce its ruling early next year – which will likely be in the E.U.’s favor.) 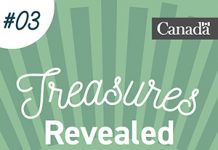 Clean Water Using Solar and Wind: outside the power grid