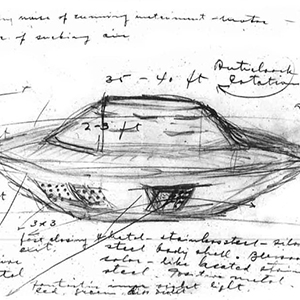 Falcon Lake, Manitoba. Located in the Whiteshell Provincial Park, 150 kilometers east of Winnipeg. It’s May 20th, 1967, and mechanic, and amateur geologist Stephan Michalak wakes up early to begin his hobby of prospecting for quartz and silver. After a morning of working in the bush, and a light lunch, Stephan returns to the task at hand, chipping away at a quartz vein he has found. The cackling of some geese nearby, obviously frightened by something, startles him. He looks up, and see’s two glowing objects descending towards him.
In part one of this two part episode, we unravel Canada’s most infamous UFO case with the help of Stephan Michalak’s son, Stan, and Canadian UFO expert and author, Chris Rutkowski. Also, Palmiro Campagna, an accomplished author and a ‘regular’ in the research rooms at LAC, will take us through some of the extensive records surrounding the case.

They tried to shut down Drag Story Hour. A Montana bookstore fought back