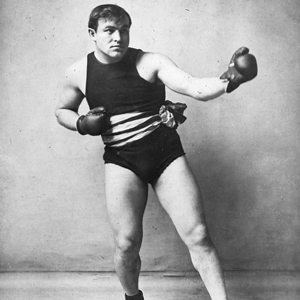 Our guest today, Dan McCaffery, believes Tommy Burns is considered one of the best pound for pound boxers who ever lived. Measuring a mere 5’7”, Burns was the shortest man ever to hold the world heavyweight title, and the only Canadian born to do so as well. The first champion to travel the globe defending his title, he was also the first to defend it against an African American. Burns had many contests with black boxers before his fight with the legendary Jack Johnson, and is credited with being the first white heavyweight to give a black man a chance to win the title.

Crayon and Character: Truth Made Clear Through Eye and Ear