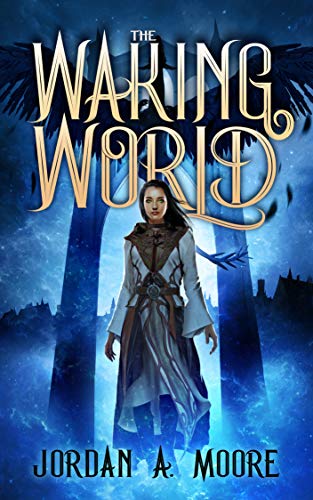 After a century of slumber, the Elder Gods have awoken.

Joy Carter’s peaceful life is shattered by a letter she receives seven years after her mother’s death. It carries a cryptic message about a Silver Key, an artifact that controls the gateway between Worlds. Even more shocking, the letter adds that her mother might still be alive. Joy doesn’t believe it until her home is attacked by a monster, and her childhood friend is kidnapped. In the aftermath of the impossible, she has no choice but to obey the letter’s instructions.

With the help of a reluctant band of bounty hunters and an unlikely Eldritch mentor, Joy sets off in search of the Silver Key, and more importantly, the secrets of her family’s past.

But with each step they go deeper into the Dreamlands, the Gods take one step closer to shattering the barrier holding them at bay. If Joy and her hunters don’t retrieve the Silver Key before Yellow King’s Festival ends, the Gods will be free to drive the Worlds they created into madness.

No-deal Brexit could put indie publishers out of business