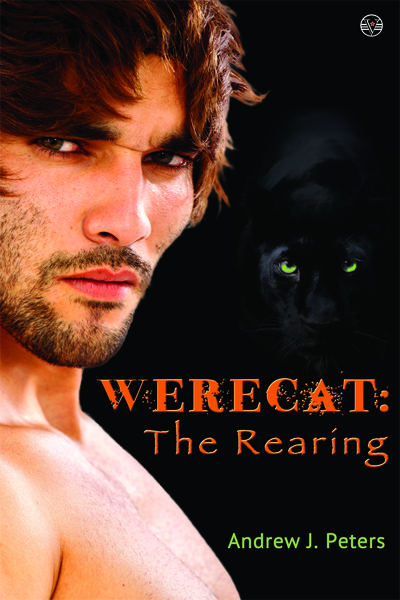 This action-packed gay shapeshifter adventure launches the popular Werecat series. Peters tells fans that Werecat started as an experiment and a question: What would a gothic paranormal story look like with gay men in prominent roles? The result is a fresh, fast-paced urban fantasy that pays tribute to Charlaine Harris, American Horror Story, and feline mythology around the globe.

For Jackson Dowd, a college senior who feels ungrounded from his family and life in general, an alcohol and sex-infused weekend in Montréal sounds like a pretty good escape. His Spring Break binge takes a detour when he meets Benoit, an admiring drifter with startling green eyes. A hook-up turns into a day, two days, and then a full week in Benoit’s hostel, making love and scarfing down take-out food. But at the end of the week, Benoit demands that Jacks make an impossible choice: stay with him forever, or go back to college and never see him again.