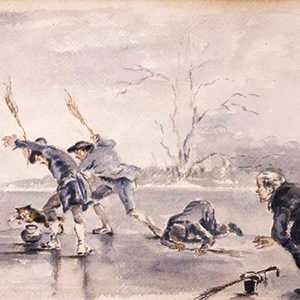 Curling could be considered the unofficial national sport of Canada. In this episode, we will explore the game’s evolution, its development as an organized sport, and the creation of a Canadian curling culture. We will also let you know about the extensive collection of materials at Library and Archives Canada related to the history and the development of curling in Canada. Our guest for this episode is Warren Hansen. Warren is not only a curling historian and expert, but a Canadian men’s curling champion. He and his Alberta team, skipped by Hector Gervais, won the 1974 Brier. Recently retired, Warren had worked for the Canadian Curling Association since 1974.