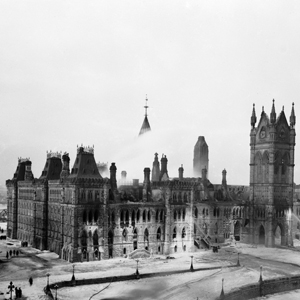 On February 3, 1916 at 8:37 p.m., the alarm was raised on Parliament Hill that a fire had broken out in the Centre Block. By the next morning, the building had been reduced to a smoking ruin, encrusted in ice. The exact cause of the fire was never determined. In this episode Johanna Mizgala, curator for the House of Commons, takes us back to that chilling night in Canada’s history. She also discusses the bold vision of the architects charged with the task of rebuilding parliament.

500 ketogenic recipes : hundreds of easy and delicious recipes for...