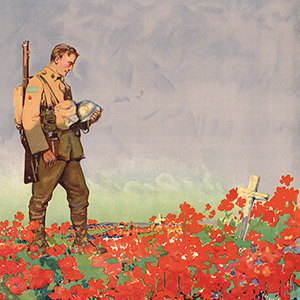 The poem, In Flanders Fields—which is celebrating its 100th anniversary this year—is considered to be the most popular poem from the First World War. In this episode, we are joined by LAC archivist Emily Monks-Leeson who will guide us through the life of John McCrae, the Canadian soldier who penned the poem. She will help us understand the conditions from which he drew inspiration, how and why the poem became so popular and its role in recognizing the poppy as a symbol of remembrance. We’ll also look into the John McCrae and war poetry resources available at Library and Archives Canada.