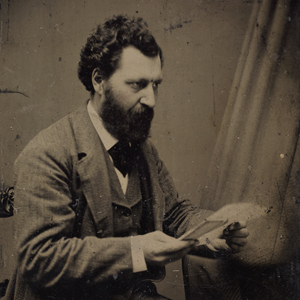 As descendants of First Nations and Europeans, citizens of the Métis Nation were related to both groups while not belonging fully to either. Their culture and nationhood were unique and resulted in an independent identity. Following the Métis resistance in 1869–1870 and in 1885, it became unwise and sometimes dangerous to publicly self-identify. As a group, Métis survived largely by being invisible, a tactic that existed until the 1960s. In this episode, we feature a discussion between Library and Archives Canada’s Métis researcher William Benoit and Janet La France of the Saint-Boniface Historical Society. They discuss the roles their respective institutions play in providing individuals with a means of unraveling their ancestry, their identity.