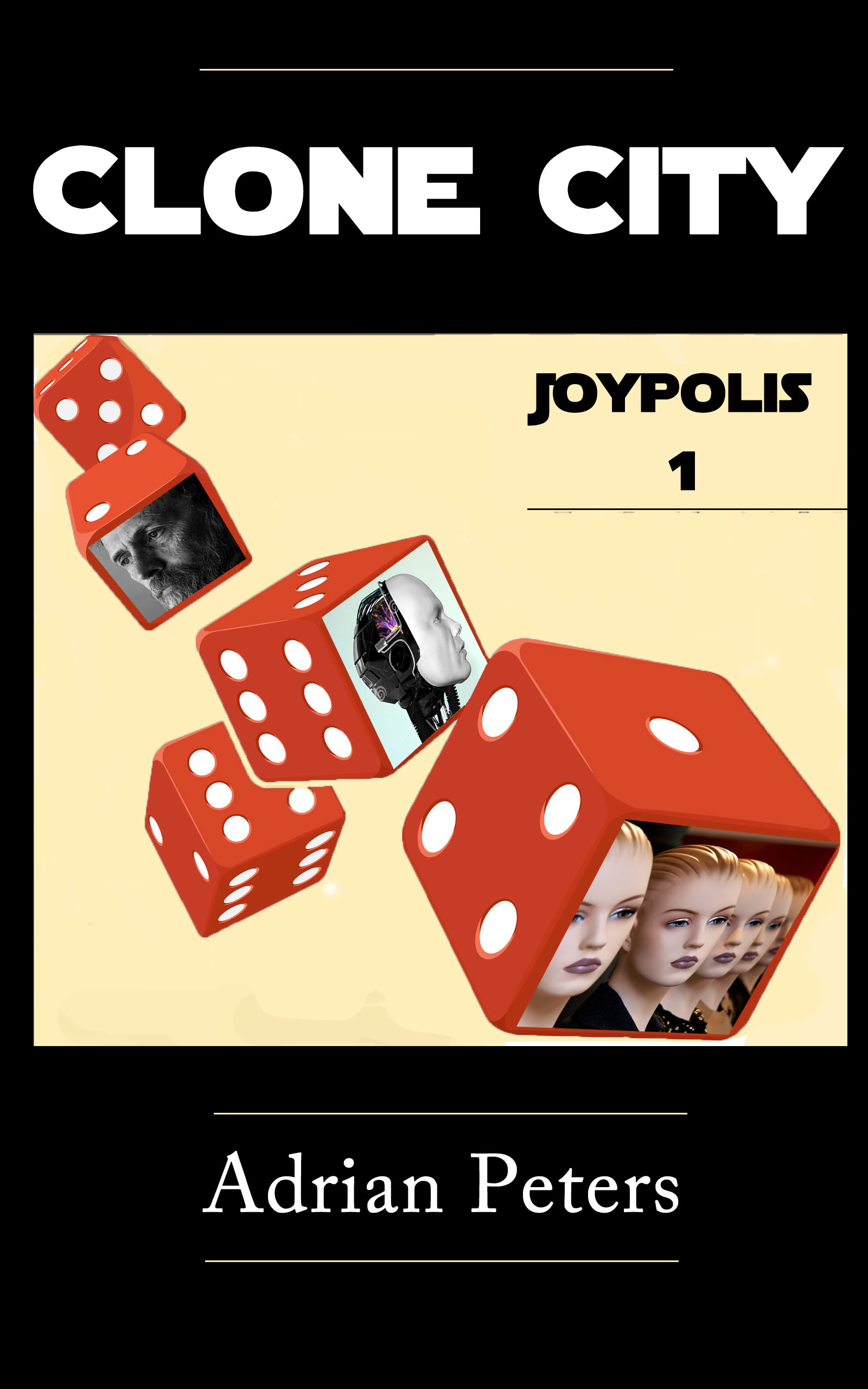 Clone City is a dystopian thriller that narrates the story of a city called Joypolis. It is 1 of 7 in The Joypolis Series.

The story begins at the time when Joypolitans believe they have overcome all the challenges of their turbulent past. In a world devastated by the impact of asteroids, they believe their survival was thanks to a single act of monumental importance – the decision to clone.
Three hundred years earlier, the scientists who founded the settlement decided they had to clone to avoid extinction. They argued that only by doing so could they create a workforce large enough to transform their settlement into a bright, modern city. Only this, they argued, would bring joy back into the hearts of a population that was failing to reproduce. Because clone numbers would far exceed their own, they thought it would be wise to separate them from ‘true’ human by conditioning them for the duties they would perform.
Initially, there was outrage and opposition. But as the settlement was transformed into an ultra-modern city, resistance grew less. The lives of citizens became more and more comfortable and they accepted media’s portrayal of their segregated society as unfortunate, but unavoidable. Through no fault of their own, they had inherited the consequences of a morally questionable decision that led to a division based upon ‘true’ and ‘artificial’ human.
But the repercussions of this act are about to unravel in a way that no one could have foreseen. First, the dismembered arm of a clone is discovered. Second, the murder of a high-ranking politician. A deconstructing clone is arrested, but the Head of Security fears something far, far worse…