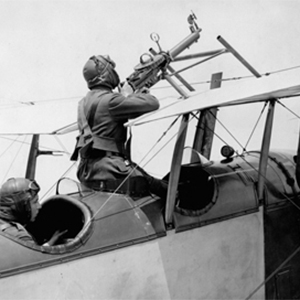 April 2017 marks the 100th anniversary of the attack and capture of Vimy Ridge, when all four divisions of the Canadian Corps worked together for the first time. During the First World War, over 25,000 Canadians served with the British Flying Service as pilots, observers and mechanics, and even though the Battle of Vimy Ridge is better known as a ground offensive, many of the preparations for the assault on Vimy took place in the air. In Part 1 of this episode, we sit down with Bill Rawling, historian and author of the book Surviving Trench Warfare, and Hugh Halliday, author and retired curator at the Canadian War Museum, to discuss the role Canada and her allies played in the air over Vimy Ridge and Arras in April 1917, a month known as “Bloody April”.

Water, Energy, and Environment – A Primer