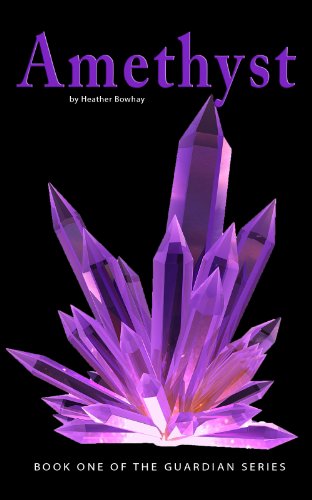 College-bound Lexi Adams leads no ordinary life. Premonitions dictate her every move, compelling her to rescue strangers day and night. After years of self-sacrifice, she ignores one and innocent people die. So when the next premonition depicts her own death, Lexi knows fate has come full circle. As if an ill-fated future isn’t enough to deal with, her small town is rocked with murders, and co-worker Jessica Nelson insists Lexi can help.

According to Jessica, everyone is born with an inner energy called Essence. Only a select few, Amethysts, can control Essence and heal people. Jessica claims to be an Amethyst and asks Lexi to join her and a group of her friends as they track the murderers. But Lexi discovers secrets run deep among Jessica’s friends. Not only do they all harbor extraordinary abilities and a hidden agenda, they have connections with the Ray-pacs – the sadistic killers who are preying on human Essence. Ultimately, Lexi must decide if life and love, not death, equals salvation. And if so, is she willing to make the necessary sacrifices to eradicate the Ray-pacs?

Reader Review: “We Are Not from Here”

Bipartisan bills aim to rein in Amazon & other big tech...