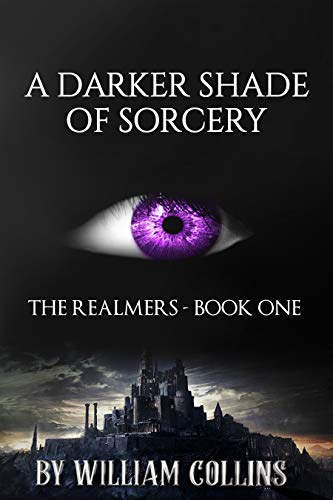 Evan Umbra is the newest Venator to enter Veneseron, the school for demon hunters, only demons are the ones hunting him.

A Venator is a wizard, a spy and a demon hunter rolled into one. They’re taught how to wield their sorcery and enchanted weaponry by orcs, elfpires and aliens alike. Their missions range from battling monsters and saving countless lives in the multiple worlds, to wrangling killer unicorns and calming down drunken yetis. Being a Venator is perilous and every new mission could be their last.

Whilst learning how to manipulate the elements, summon magical creatures and shoot Spellzookas, Evan encounters a dangerous rival and meets a girl who makes him feel nauseous; but in a good way. He makes the first friends he’s ever had in the carefree Jed and the reckless Brooke. Whilst Jed gets on the wrong side of a rival Venator, Brooke finds herself falling for the enigmatic demon hunter who brought her to Veneseron, not knowing he isn’t quite human. But it soon becomes apparent that Evan is more than just a Venator. Everyone wants to kill or capture him, from demons to Dark-Venators and even people he’s supposed to be able to trust.

Terry Goodkind, warrior against sexism? That’s what I call fantasy